The Epic Knight of Hotel Safety 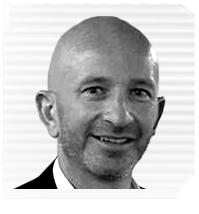 Dave Toole, currently the Managing Director of Sevron Safety Solutions, offers more than his exceptional management and leadership to the team. He also has much to share from his years of experience in hospitality management.

Primarily experienced in organising and handling small to large scale events for hotels, Dave also knows the various ins and outs of the hotel industry. Fresh off secondary school, he pursued training in hospitality and catering, while also working as a bellhop at the Imperial Hotel in Blackpool. His start in the industry allowed him to learn where hospitality in the field really begins – right at the door.

He eventually secured an apprenticeship at the Imperial hotel, getting a chance to learn the work needed to keep the place running – from housekeeping, working the bar, managing events and functions, and various other tasks. While a hotel is often a place of rest, anyone who has worked in one could tell you that everyone is moving around the clock.

After completing his apprenticeship, Dave worked as the bar manager. With his dedication, long work weeks, and a constant drive to improve, Dave ascended through the ranks. He was able to achieve his goal of becoming a General Manager by the age of 30. It was no easy feat as he worked in different hotels across Blackpool, Leeds, and Newcastle Upon Tyne. He gained experience working in various hotel environments – starting in a large and extravagant hotel like the Imperial in Blackpool; to a smaller, luxurious, boutique hotel in Leeds; to a large city hotel such as the Jurys Inn in Gateshead, along with more variety in between. This Knight was able to carry out his responsibilities, ensuring that everything under his watch was running smoothly and safely.

Collectively, he has spent over 20 years in the hotel industry. He then decided to join his best mate, Dale Allen, in an ongoing mission to make the world a safer place. As part of this mission, Dave has been dubbed the Epic Knight of Hotel Safety; accepting this quest to educate, enlighten, empower, and influence others to pursue safer hotel management practices.

While hotels are kept to a high standard of safety and quality, one of the main risks is poor hygiene, mainly poor food hygiene. Whether you’re staying or working in a hotel, you’re likely to be eating the food there. When food hygiene and safety standards are not met, people could get sick from food poisoning, experience food allergies from cross-contamination. A hotel could even be shut down from failing the necessary health and safety checks. Aside from food hygiene, other risks and hazards must be addressed in the industry.

Through the Knights of Safety, Dave hopes to help others who work in hotels; whether they work in management, in housekeeping, in the kitchen, in events, or on any job in the hotel, safety should be practised by all. The goal is not just to keep the visitors in a hotel safe; it is also to ensure that the staff have a safe working environment.